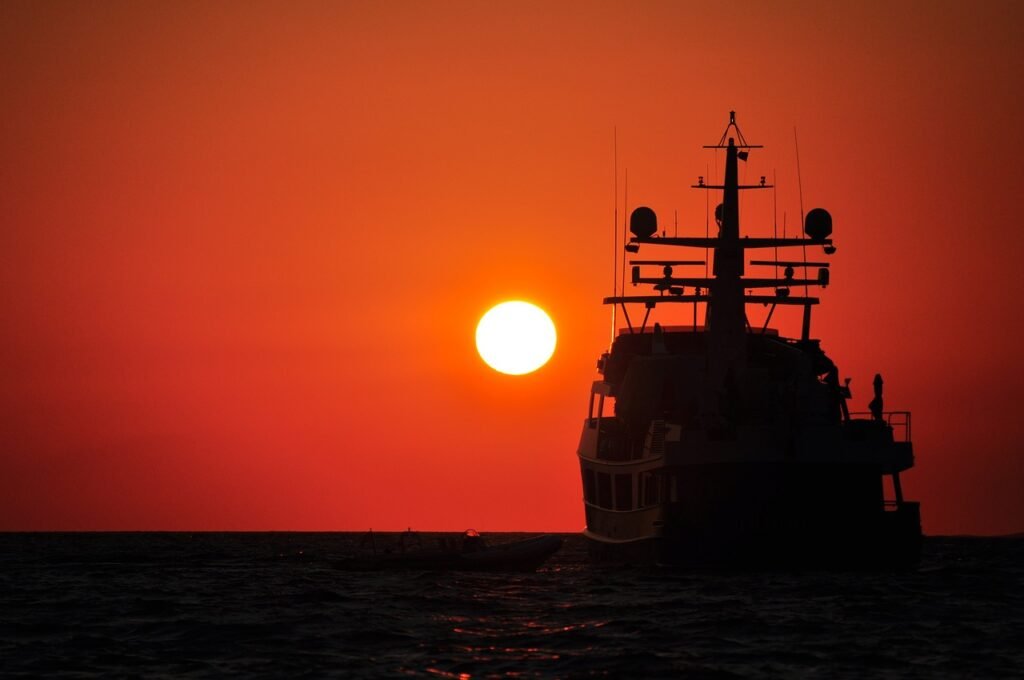 Movies based on paranormal activities, mysteries, supernatural beings and monster creatures are quite exciting. These movies raise a healthy amount of thrill and fear that keep us on the edge of our seats, waiting for the end to come and the suspense to unfold.

There are quite a few movies with such paranormal and ghost at sea themes. Most of these ghost and thriller movies have gone on to receive rave reviews from the audiences and critics alike. A few of the elite horror movies based on the seas and ships can be listed out as follows:

1. Ghost Ship: Directed by Steve Beck, this 2002-cult classic starts out quite ordinarily before gripping the audience in a powerfully “cinematographed” plot. The horror unfolds aboard a fictional cruise liner in the 1960s and immediately pitches the audience into the present, where a marine salvage ship finds the cruise liner aimlessly drifting on the water.

The mysteriousness of the cruise liner with the superb acting of the lead actors captivates the watchers into a hair-raising movie escapade. This is one ghost at sea movie that shouldn’t be missed.

2. Death Ship : This 1980 classic was directed by Alvin Rakoff. The plot tells the story of survivors of a cruising vessel who are faced with paranormal incidents aboard an unexplained and desolated German freight vessel.

The cast of the movie was well-chosen with Oscar winner George Kennedy playing the protagonist.

3. Triangle : Triangle is a never-seen-before movie that blends sci-fi horror along with a unique supernatural theme. Released in the 2009, Triangle was directed by Christopher Smith and stars Liam Hemsworth and Melissa George in the lead roles.

Triangle received high acclaim from movie-buffs and critics worldwide upon its release.

4. The Fog: A township plagued by specters of dead seafarers and sailors, the Fog was regarded to be a cult classic when released in 1980.

Directed by John Carpenter, known for his paranormal themes, the movie brings the ever-present values of good (God) triumphing over evil (spirits) before the audiences.

5. Deep Rising : Action, horror, drama, suspense and fear. Deep Rising is full of these attributes, making it a worthwhile movie to catch up on. Not typically a horror flick, the movie features some super-scary monster. Directed by Stephen Sommers, the movie was released in 1998 and presents the story of a handful of seafarers plagued by unknown maritime creatures arising from the depths of the ocean.

The struggle and the escape of the seafarers amidst other concerns plaguing them are brilliantly conveyed through the screenplay and excellently portrayed the actors.

6. Below : A movie based during the Second World War action, Below veers into the realm of supernatural beings quite excellently. A seeming encounter between a German and English war-vessel becomes the perfect camouflage for paranormal activities happening within the latter.

7. Virus: Extra-terrestrials as the naturally occurring life-forms and humans as unwanted creatures inhabiting planet Earth is the theme of the movie Virus.

John Bruno directed this movie and it was released in the year 1999 with extraordinarily high viewing for its unique plot line.

8. Shock Waves: Shock Waves is one of the must-watch, horror-themed movies. Why? Because it has zombies! Released in the year 1977, the plotline revolves around a cadre of undead (‘zombie’) German specialist soldiers who have been terrorizing unsuspecting seafarers in the open sea. Shock Waves presents a completely new dimension to war-time movies, raising the bar on fiction, horror and myth to greater heights.

10 Questions about Sex and Swingers Cruises