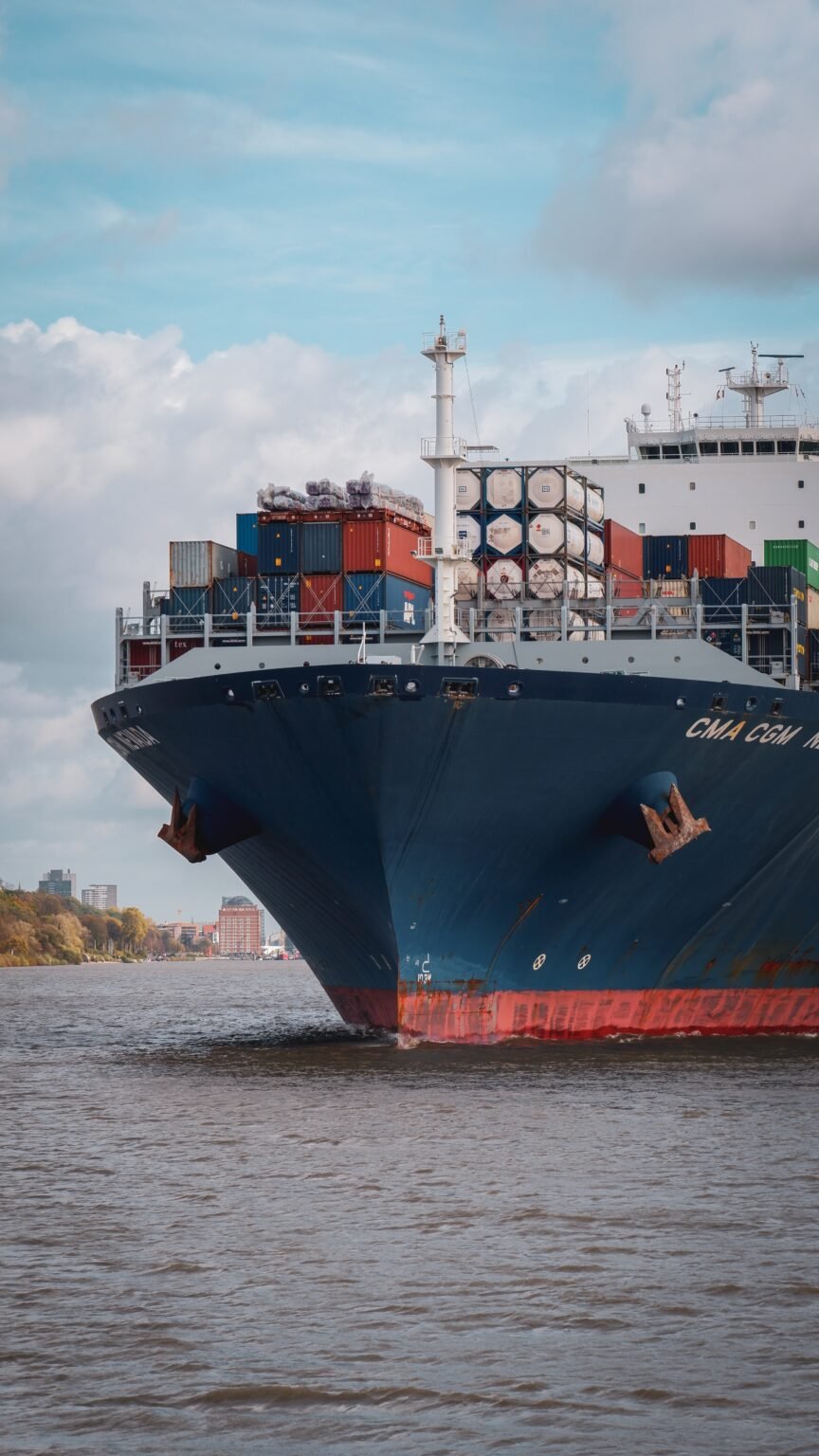 The international shipping industry is responsible for the carriage of around 90% of world trade. Yes 90% and that’s the backbone of World’s economy

Shipping is the life blood of the global economy. Without shipping, intercontinental trade, the bulk transport of raw materials, and the import/export of affordable food and manufactured goods would simply not be possible.

Ships are technically sophisticated, high value assets (larger hi-tech vessels can cost over US $200 million to build), and the operation of merchant ships generates an estimated annual income of over half a trillion US Dollars in freight rates.

The safety of shipping is regulated by various United Nations agencies. The International Maritime Organization (IMO) in particular has developed a comprehensive framework of global maritime safety regulations, which are enforced on a worldwide basis.

To learn more about Shipping Rules & Regulation visit our article on the IMO with access to the IMO website: IMO Rules and Regulations

How do the goods of the world travel from one place to another? Despite technological advancements and the propagation of a globalized economy, a surprising 90% of everything still comes and goes on a ship by sea.

The shipping industry may be one of the oldest in the world, but the global economy would not exist without shipping containers. This underscores the notion that it is still one of the most important industries there is.

10 Shipping Facts that will Amaze you

The shipping industry is simply massive. Though reporting standards and fluctuating currency values make it impossible to hone in on exact numbers, the International Chamber of Shipping estimates that marine shippers transported over 7.7 billion tons of cargo in 2008, generating roughly $380 billion in freight charges alone.

Liner shipping is the most efficient mode of transportation of goods. In one year, a single large containership could carry over 200,000 container loads of cargo. While individual ships vary in size and carrying capacity, many container ships can transport up to 8,000 containers of finished goods and products on a single voyage.

Interested in Yachts? Read TOP 10 Most Expensive Yachts in the world – 2021

In fact, it’s still one of the most affordable ways to transport cargo.

Similarly, on a single voyage, some car carrier ships can handle 7,600 cars. It would require hundreds of freight aircraft, many miles of rail cars, and fleets of trucks to carry the goods that can fit on one large liner ship.

Shipping is the least environmentally damaging form of commercial transport and, compared with land based industry, is a comparatively minor contributor to marine pollution from human activities.

There has been a substantial reduction in marine pollution over the last 15 years, especially with regard to the amount of oil spilled into the sea, despite a massive increase in world sea borne trade.

Large Container Ships have a Lot of Power A large container ship engine has roughly 1,000 times more power than the average family car. However, big container ships only travel at 23 knots (or 26.5 miles per hour) at peak, and just 17 knots in heavy weather conditions.

5. Shipping is Safe and backed by International Organisations like IMO & ILO

6. There are Six Types of World Merchant Fleet Ships

Most countries across the world possess and operate merchant ships. At present, the Greek merchant fleet is the largest in the world, and accounts for over 16% of the world’s total tonnage.

The six types of merchant fleet ships include:

7. The 3 Biggest Fleets in the World are Owned by Greece, Japan and Germany

The largest shipping company in the world is Denmark’s A.P. Moller-Maersk, which reported a  38.9bn$ million revenue in 2019.

Interested in Yachts? Read TOP 10 Most Expensive Yachts in the world – 2021

8. World Fleets Are Manned by Over 1.5 Million Seafarers

Shipping is a International Industry and it’s full of people from different race & region. Mostly it’s dominated by Filipino 7 Indians.

Seafaring has been the world’s first globalized industry. India, being a labour intensive country, has always provided quality seafarers for national and international shipping. India is recognized globally, as a reliable and important source of marine manpower. Indian seafarers, both officers and the rating are much sought after by the Maritime Nation of the World. The last four years (2013 – 2017) saw an unprecedented growth of 42.3% ship board jobs for Indian Seafarers. The seafarers employed on ships world wide increased from 108446 in 2013 to 154349 in 2017. India now provides 9.35% of the global seafarers and rank third in the list of the large seafarers supplying nation to the world maritime industry.

Crews are made up of virtually every nationality. The typical seafarer, however, is a male Filipino or Indian, Chinese or Ukrainian.

9. Male Dominated Industry with much Scope for Women

Male-dominated industry: Only 2% of all seafarers are female and that makes it hard for women to choose shipping as a career. With time this notion is fading and more women are entering in Shipping Industry which is good.

Communication challenges: Around 33% of ship crews in the world have no means of communication while they are on the open sea. Only 10% have any kind of internet access.

10. Ship’s are expensive, more than you can Imagine

A modern, state of the art large container ship can cost you about $80MM but this varies with sizes and the type of ship.

Ships can cost upwards of $300MM or more, plus there are ships that carry pressurized gases, same applies. A super VLCC Crude oil carrier of 300,000 tons or more costs about $420MM. Queen Mary II It cost £460 million ($775 million) to build and has a max speed of over 30 knots.

Also Read Why Yachts are So Expensive – 10 Reasons & Facts

Shipping and ocean freight is one of the oldest industries in the world. It began thousands of years ago when seafarers traded simple items such as food and jewels. Today, it remains one of the leading forms of transportation, contributing to 90% of the global trade. Shipping is facing many challenges due to Covid-19 outbreak but Time heals everything.

Let’s Hope for the best