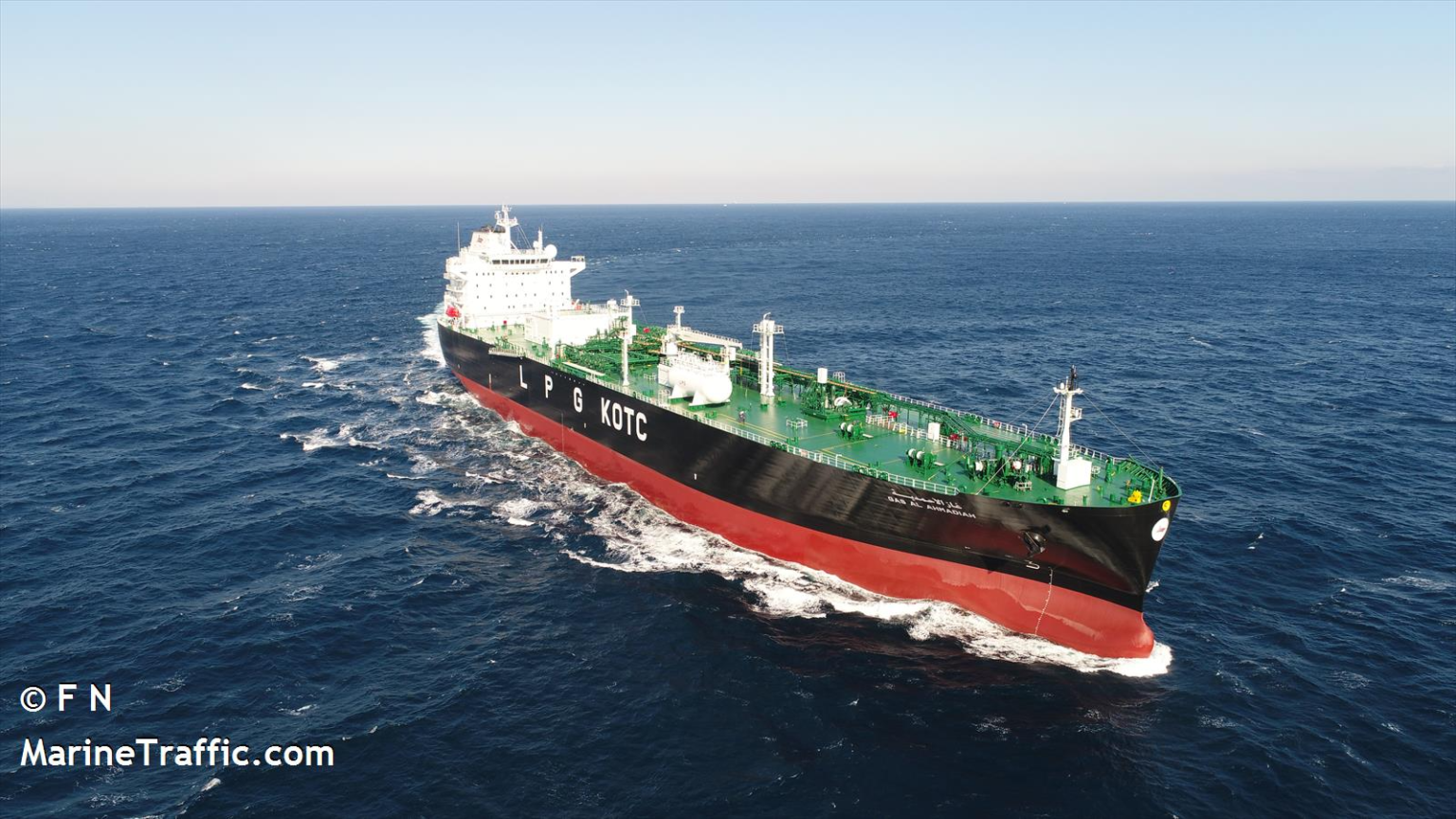 LPG or Liquefied Petroleum Gas is a multipurpose fuel with innumerable applications in the industrial sector, manufacturing, transportation, power generation, etc. The demand for LPG has rapidly increased as the world has shifted to the utilization of cleaner fuels, due to increasing global warming.

This enhanced demand has generated opportunities for the creation of maritime LPG transportation services that are offered by either LPG traders and distributors or by shipping companies owing LPG Carriers.

The main trade route of the LPG shipping industry is from Arabian Gulf to Asia. In recent times, the US has emerged as a major export center, hence the route from the US to Asia has also become vital.

LPG is carried in carriers of numerous sizes but the Very Large Gas Carriers or VLGCs are the biggest category of vessels in the global LPG fleet. They have an LPG carrying capacity of more than 70,000 cubic m and are specifically designed to be energy-efficient, and meet international environmental norms regarding carbon emissions.

The highly portable nature of LPG makes its maritime transportation a lucrative economic activity with much scope of profit. In this article, let us explore the magnificent features of the world’s biggest LPG Carriers.

The world’s largest LPG Carrier Bellavista Explorer was launched in 2021 by Hyundai Samho Heavy Industries, a company owned by South Korea’s Hyundai Shipbuilding Group. It incorporates a fuel tank that allows the carrier to sail up to 31,700 kilometers and has a storage capacity of 90,000 cubic m.

Equipped with an efficient dual-fuel propulsion technology that can utilize both LPG and diesel, it is an environment-friendly LPG-Carrier that produces 80% fewer sulfur emissions, 50% lower nitrogen emissions, and reduces greenhouse gas emissions by 25%.

It is sailing under the flagship of Singapore and has a double-bottomed hull which reduces the probability of oil outflows in case of an accident or grounding.

The ship can accommodate 171671 cubic m of Liquid Gas. The draught of this LPG Carrier is recorded to be 12 m and can attain a maximum speed of 18 knots with an average speed of about 14.6 knots.

The Flanders Innovation is one of the biggest LPG dual-fuel carriers in the world. It was built in 2021 in the Jiangnan Shipyard, China. It is owned by Shimanami Shipping SA and operated by Exmar Shipmanagement NV.

It has a carrying capacity of 88,000 cubic m and is powered by LPG fuel. It is said that the Carrier would cut-down operational emissions by 38% compared to International Maritime Organization’s reference lines for the Very Large Gas Carriers.

It is registered at Antwerp port and is currently sailing under the Belgian flag. It has a double hull and its deadweight is 54,998 MT. Its average draught is estimated to be 10 m. Its length is 230 m and it is 36 m broad. Its average speed is 11.6 knots while it can attain a maximum speed of 19 knots.

Gas Venus, earlier known as Buena Venus, was built in 2006 by Kanrei Shipbuilding Corporation. It is owned and managed by PT. Mammiri Line is a shipping enterprise based in Makassar, Indonesia. Its IMO number is 9375460 and its MMSI number is 525900722. It is registered at Makassar port and presently sailing under the Indonesian flagship. Its call sign is YDAN2.

It has a unique design that comprises an axle-hung shaft generator. It has a low carbon footprint since it is fuelled by LPG. The ship measures 96 m lengthwise, 16 m breadthwise, and has a draught of 5.5 m. Its gross tonnage is 2997 m and its deadweight is 3170 tonnes. It can attain a maximum speed of 18 knots. It has a diesel engine with an electric motor and 2 Stroke Single Acting, 6 Cylinders with a power of 2,400 KW, built by Makita Corporation. It has a vertical boiler and 3 generators.

World’s leading company, in terms of ownership and operation of VLGC ships, BW LPG Ship fleet comprises multiple ships with a carrying capacity of more than 84,000 cubic m. It owns the world’s biggest fleet of LPG-driven VLGCs and 15 of its ships have an LPG dual-fuel propulsion system that promises the lowest carbon emissions.

The biggest ship of the fleet, in terms of its carrying capacity, is BW Lord owned by BW Global United LPG India Private Limited. It was built in 2008 by Daewoo Shipbuilding and Marine Engineering Corporation, Okpo, South Korea. It is registered at Kochi port and is currently under the flagship of India.

It has a 14,280 Kilowatt DOOSAN-MAN B&W main engine, 3 auxiliary engines, and a single fixed propeller.

Dorian LPG is a shipping company owning and operating Very Large Gas Carriers. It owns a fleet of 21 VLGCs, out of which 19 ships have a carrying capacity of 84,000 cubic m. All these ships are sailing under the flag of the Bahamas. These ships are fuel-efficient and are designed to be sustainable for the environment. Their average life expectancy is estimated to be 7 years.

Some of the ships from this fleet include- The Caravelle, The Challenger, Copernicus, VLGC Cobra, Continental, Clermont, etc.

The ECO VLGC Caravelle, earlier known as Caravelle T 4, was built in 2016 by Hyundai Samho Heavy Industries Corporation, Samho, South Korea. It measures 225 m lengthwise and 36 m breadthwise. Its average draught is 10 m while its average and maximum speeds are 11.5 knots and 18.8 knots. Its gross tonnage is 47379 tonnes while its deadweight is 54566 tonnes. The carrier is powered by a 6G60ME-C MAN-B&W engine with a power of 12400 kW.

Pacific Gas is a Gas shipping company registered in Hong Kong. The enterprise owns and operates around 10 ocean-going VLGC ships, out of which 8 are the biggest among the fleet with a carrying capacity of 84,000 cubic m.

The 8 VLGCs are Pacific Shanghai, Hong Kong, Binzhou, Dongying, Yantai, Qingdao, Rizhao, and Pacific Weihai. All these LPG ships are currently sailing under the flag of Hong Kong.

Pacific Shanghai was built in 2017. Her call sign is VRPV4 and it is registered at Hong Kong port. It is 226 m long and 37 m broad with an average draught of 10 m. The ship’s average and maximum speeds are recorded to be 12 knots and 18.5 knots. Its Gross Tonnage is 48419 tonnes and its deadweight is about 54747 tonnes.

Solvang ASA is a shipping company engaged in the transportation of LPG and petrochemical gases. Headquartered in Stavanger, Norway, it has a fleet of Ethylene carriers, Large Gas Carriers, and the VLGCs. Among the 8 VLGCs, two vessels namely Clipper Posh and Clipper Quito have an LPG carrying capacity of 84,000 cubic m.

Clipper Posh was built in 2013 and is owned by Clipper Shipping AS and operated by Solvang ASA. It is currently sailing under the flag of Norway. Its LOA is 225 m and its breadth is 36.6 m. It has a summer deadweight of 55,047 tonnes while its gross tonnage is 48,051 tonnes. It has a maximum draught of 12.1 m and its average sailing speed is 12 knots while its maximum attainable speed is 20 knots. Its main engine operates at a power of 12,600 kW.

Another huge LPG vessel operated by Solvang ASA is Clipper Quito, built-in 2013.  The vessel is registered at the Stavanger port and is currently sailing under the Norwegian flag. The vessel measures 225 m lengthwise and 37 m breadthwise. It has an average draught of 10 m and an average speed of 11.5 knots. Its maximum speed is around 20 knots.

Kuwait Oil Tanker Company, a subsidiary of Kuwait Petroleum Corporation involved in the maritime transportation of Crude oil, petroleum products, and LPG. It possesses 5 LPG carriers out of which 3 namely, Gas Umm Al Rowaisat, Gas AL Ahmadiah, and Gas Al Mubarakiah have a carrying capacity of 82516m3. All these ships are sailing under the flag Of Kuwait.

Nakilat is a shipping and maritime-based company based in Qatar. It owns 4 VLGCs out of which Al Wukir is the biggest LPG carrier with a carrying capacity of 82491 m3. It was built in 2008 by Hyundai Heavy Industries and is currently sailing under the flag of the Marshall Islands.

Petredec Shipping company owns multiple LPG carriers out of which Manifesto is the biggest in terms of its carrying capacity. The vessel was built in 2013 by Hyundai Heavy Industries, South Korea, and is currently sailing under the flag of Singapore. It measures 225 m lengthwise and 36 m breadthwise. It has a gross tonnage of 47057 tonnes and a summer deadweight of 54000 tonnes. The vessel has a MAN-B&W Engine with a power of 12400 KW.

Conclusion: Large LPG carriers have eased maritime transportation across countries however this has been possible due to enhancements in shipbuilding technologies, the adoption of new designs to minimize environmental impact and maximize efficiency.