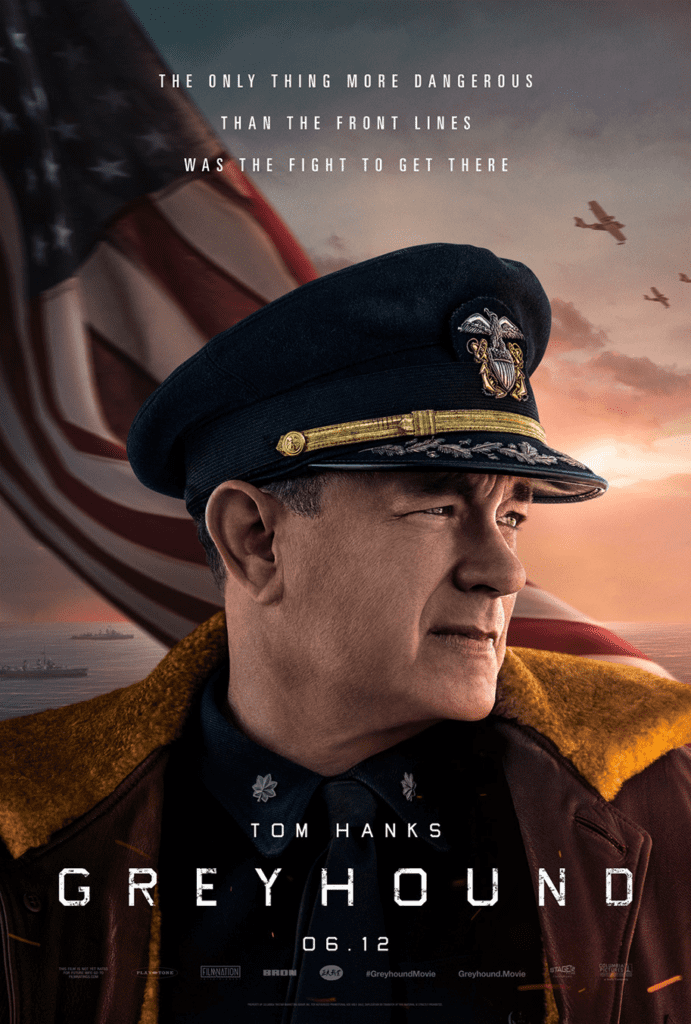 Ships, yachts and the mighty ocean, there’s something about the open sea that fascinates people. I wanna add here very few people get to sail around the world. The privilege of getting lost somewhere, calmness of the sea, beautiful sunsets, rough weather, the possibility of taming an untamable force, or maybe just an opportunity to sail out to some quiet and calm waters and enjoy a few moments of silence.

Whatever it is, the sea has called out to many people and they have answered. Cinema has effectively captured the various circumstances that can possibly arise on a ship – the pleasures, the possibility of entrapment, the dangers of the sea, the promise of freedom.

Here is the list of top movies ever that take place on a ship. And yes, it does include the Tom Hanks pirate ship movie — if that’s what you were thinking. You can also watch some of these best ship movies on Netflix or Amazon Prime.

Storyline: The movie tells the story of the brave crew of Andrea Gail, which is headed by Captain Billy Tyne, played by George Clooney. It follows the boat’s unfortunate journey in the Flemish Cap, Atlantic Ocean, which turns into a nightmare. After a dismal catch at the sea, Captain Billy persuades the crew of Andrea Gail for one more fishing adventure, despite a dangerous weather. He is a proud swordboat captain and his loyal crew and him embark on a late season fishing expedition. However, when they decide to brave a storm on their way back things go awry terribly and in a tragic turn of events the crew never makes it back. As fate would have it the weather turns ugly forcing the captain to call in a Mayday but eventually meets a deadly end. A gripping tale of bravery and camaraderie even in the face of death, this movie also remains a testament to the love of sailing.

Storyline: The story of SS Poseidon, which is on its final voyage before going to a scrapyard, was way ahead of its times back in 1972. But the risk paid off and Poseidon Adventure went on to become one of the very successful sea-inspired movies. The movie involves the capsizing of the luxury liner which is on its way to get dismantled. Gene Hackman plays Reverend Scott, who helps fellow passengers to reach the hull of the ship. What’s the worst thing that can happen while you’re enjoying a cruise on a luxury liner – yep you guessed it, a rogue giant wave that sinks your ship. While the plot line is thin, the visual effects are beautiful and got the film nominated for the same category in the 79th Academy Awards. A well-shot film about a group’s escape from a sinking luxury liner, this movie serves to remind us of the dangers out at sea.

8. Pirates of the Caribbean: Whole series

If anyone loves movies about ships, and how they call to the free souls, they will love Jack Sparrow and his love for his vessel, the Black Pearl. The entire franchise is about pirates so there are numerous ships throughout the films but I have chosen this film for a particular purpose. The extraordinarily long movie culminates in one of the most satisfying naval battles between the free-spirited pirates and the English navy that seeks to quash them. The fight between Black Pearl and Davy Jones’ the Dutchman remains etched in one’s memory as an old-school naval battle with cannons blazing. Hoist the colors high and watch this tale of free men who refused to conform to the rules.

You cannot talk about the seas and ships without mentioning the hugely popular movie that broke all the records. Titanic was based on the maiden voyage of the ill-fated passenger liner by the same name, which sank into the depths of the Atlantic Ocean. Though the real life incident was gruesome and dark, James Cameron made the movie with romance as the main theme, which eventually struck a chord with the movie goers making it the highest grosser of all times. Perhaps the most recognized vessel name, the plot revolves around the actual sinking of the Titanic in the tragic crash against the iceberg. A film that typecast a Hollywood success formula of a boy meets a girl from different walks of life and an illicit love blossoms against all odds and meets a tragic end, the film is raised to extraordinary levels through Leonardo DiCaprio and Kate Winslet’s acting. Titanic remains the world’s most popular movie about ships and perhaps will for the considerable future

Starring Russel Crowe as Jack Aubrey in this epic war drama made the right waves at the Oscars and won two awards but lost out on other counts to Lord of the Rings. However, the plot is tightly packed with naval chases with the British navy’s HMS Surprise in the trail of French privateer’s ship the Acheron. However, the Acheron gets the upper hand in multiple skirmishes but Aubrey remains hot on the pursuit and the movie ends with the chase still going on as Acheron’s captain tricks Aubrey into believing in his victory on the one occasion that the HMS Surprise actually lives up to its name and surprises Acheron. A finely made film, this movie is a must watch for any lover of ships and war movies.

During a solo voyage in the Indian Ocean, a veteran mariner (Robert Redford) awakes to find his vessel taking on water after a collision with a stray shipping container. With his radio and navigation equipment disabled, he sails unknowingly into a violent storm and barely escapes with his life. With any luck, the ocean currents may carry him into a shipping lane — but, with supplies dwindling and the sharks circling, the sailor is forced to face his own mortality.

What really happened to Tami Oldham and Richard Sharp on their journey across the Pacific?

The movie, which is based on a true story, stars Shailene Woodley and Sam Claflin as Tami Oldham Ashcraft and Richard Sharp, two sailors who embarked on a voyage from Tahiti to San Diego in 1983 and ran smack into Hurricane Raymond. The movie depicts the events leading up to their trip as well as the storm and its aftermath, but the movie doesn’t tell quite the whole story.

she did emphasize that her sextant was what saved her life. “…I tell you, that sextant saved my life. Even if it’s a plastic sextant—I always say that if you’re going to do ocean crossings, make sure there’s a sextant onboard with the relevant tables. Because in the end, if all the batteries go, you have that to fall back on. And that is what saved my life.”

Ang Lee’s Life Of Pi is a magical, fantastical therapy for the eyes. If somehow you aren’t pleased with the movie, your eyes sure will be. Hope has never been more triumphant in a film full of tragedy. Life of Pi tells the story of an Indian boy who has been shipwrecked on a lifeboat, with only a tiger as his only company. Thirsty, hungry, and alone, Pi’s options are limited. He finds purpose in watching the tiger that has become his only friend. Along the way, Pi encounters many strange phenomenon along the way, which makes you wonder if Pi actually saw that or didn’t. Either way, this story is one that shows triumph of the human spirit and hope that it will make you think anything is possible.

This is one of the toughest, most naked performances of Hanks’ stellar career. It’s sometimes painful and heart wrenching to watch. He’s an Everyman, per usual, but he’s not also a savior or a hero. He doesn’t suddenly develop super strength and overpower the bad guys. He’s just a guy in charge of a ship and its passengers.

In April 2009, the U.S. containership Maersk Alabama sails toward its destination on a day that seems like any other. Suddenly, Somali pirates race toward the vessel, climb aboard and take everyone hostage. The captain of the ship, Richard Phillips (Tom Hanks), looks to protect his crew from the hostile invaders, and their leader, Muse. The pirates are after millions of dollars, and Phillips must use his wits to make sure everyone survives and returns home safely.

U.S. Navy Cmdr. Ernest Krause is assigned to lead an Allied convoy across the Atlantic during World War II. His convoy, however, is pursued by German U-boats. Although this is Krause’s first wartime mission, he finds himself embroiled in what would come to be known as the longest, largest and most complex naval battle in history: The Battle of the Atlantic

Here’s to the brave heroes of the sea, if you’re reading this….

“The fog’s just lifting. You throw off your bow line, throw off your stern. You head out the South Channel…. past Nile’s Island and wave to the lighthouse, seagulls, big dump ducks & that last sight of the land.
The sun hits you, Head North, open up to 12.. You’re steaming now. The guy’s are busy, you’re in command. You know what?
You’re a goddamn captain of the ship.
Is there anything in the world?

What are Kayaks – Types of Kayaks & How to do Kayaking