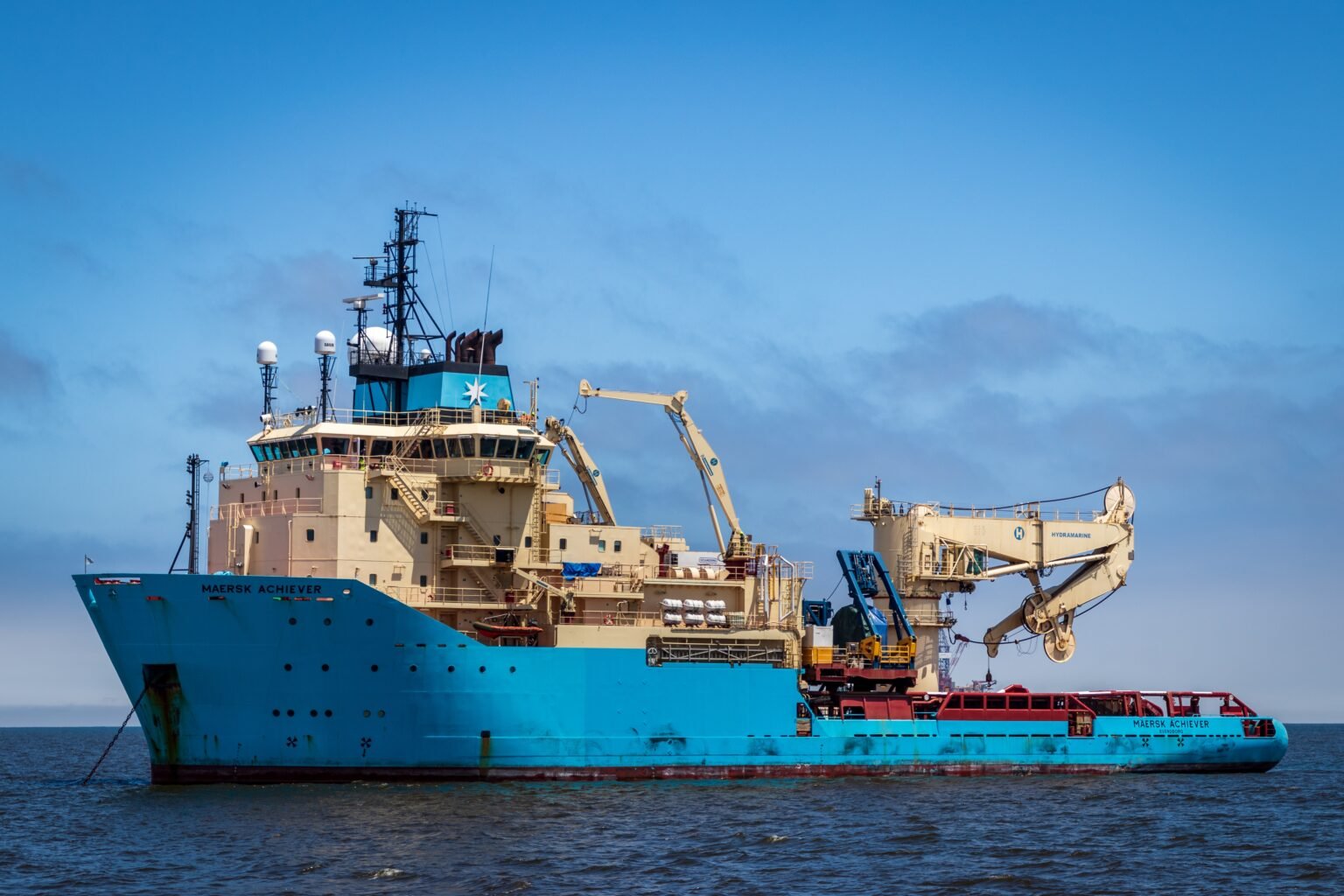 What is Dredger and Types of Dredgers Used in the Maritime Industry? Let’s find out

Dredger is a marine vessel fitted with a device(s) to scrap or suck the sediment deposition over sea bed is known as a dredger (The device used for excavation and scraping of the sea bed is called the Dredge).

In a more general sense, a ship equipped with excavation tool which is capable of weeding off depositions such as sand, gravel, sediments, etc. from the seabed is referred as dredger ship or more commonly a dredger.

Dredgers are of great importance, as they serve the purpose of ensuring the necessary safe bottom clearance for the safer voyages.

The excavation carried out in either shallow or fresh waters with the aim to gather up the sediments located in the bottom to dispose off at another place is called Dredging.

Although dredging can have very harmful effects on the marine and aquatic environment, in some situations it may be the only option available.

Possible reasons for dredging include improving existing water features; reshaping land and water features to alter drainage, navigability, and commercial use; constructing dams, dikes, and other controls for streams and shorelines; and recovering valuable mineral deposits or marine life having commercial value. In all but a few situations the excavation is undertaken by a specialist floating plant, known as a dredger.

Dredging is carried out in many different locations and for many different purposes, but the main objectives are usually to recover material of value or use, or to create a greater depth of water. Dredges have been classified as suction or mechanical.

Dredging has significant environmental impacts: it can disturb marine sediments, leading to both short- and long-term water pollution, destroy important seabed ecosystems, and can release human-sourced toxins captured in the sediment.

Broadly the types of dredgers are classified into three categories (On the basis of the method employed for transportation, of dredged material from the bottom of the sea to the surface of the water):

Whether mechanical or hydraulic, the different types of dredgers that help in the removal of the seabed sediments are:

These are available in a variety of forms, but each has the same working principle of “hand-packing”. These are equipped with a grab or a bucket, which is driven on the loose bed sediments, then material get filled in the bucket and the bucket is then raised to transport it to the requisite disposal site. Some common mechanical dredgers are briefed as follows:

These are the oldest type of mechanical dredgers. These are fixed on anchors so considered as stationary dredgers but can be moved along the semi-arcs while dredging, with the help of winches.

An endless chain of buckets is provided in bucket dredgers, these buckets scrap off and fill the loose dredged material in them and after being completely filled, these buckets can be emptied into barges by turning the bucket upside down over the barges.

These kind of dredgers are just modification of conventional bucket dredgers, the series of buckets used in these dredgers are mounted on a wheel which mechanically picks up the sediments. They are more efficient and can be used to rip out even powerful and hard corals. The only limitations of these dredgers are their low production, the requirement of more anchor lines and high level of noise, which made them obsolete these days.

They can be used for a wide variety of materials including soft rock material and are powerful enough to rip out the corals as well. But because of their low production, high level of noise and the need for anchor lines, their use has hugely diminished in recent times.

Grab Dredgers (or Clamshells) are also stationary dredgers fastened either on anchors or on spud-poles. The cutting tool, of these dredgers, is a grab which consists of wire operated two half-shells.

These half-shells after filling dredged material in them, load the material in barges. Grab is mounted either on a dragline or hydraulic excavator. These can be of different types such as (top) open grab, (top) closed grabs and watertight grabs.

Grab dredgers can be of different capacity ranging between 1.0 and 20 m³ whereas the capacity of grab hopper draggers ranges from 100 to about 2,500 m³. Their capacity largely depends upon the crane power. Grabs are efficient in removing material in corners of dock and basins and also these make excavation closer to quay walls easier.

A revolving crane, fitted with a grab, placed on a hopper vessel or pontoon is known as a grab dredger. As the name suggests, it picks up the sediments at the seabed with a clam grabbing motion and discharges the contents. Often used for excavating bay mud it also is useful to pick up clays and loose sand.

These are also referred to as Dipper dredger and are somewhat similar to onshore excavators. These are used for harbour maintenance and shallow dredging. These are hydraulically driven excavators and consist of a half-open shell or a digging bucket which is capable of digging across a wide range of materials.

The shell or bucket is moved toward the machine and when filled, emptied in barges. Bucket capacity ranges between 0.5 and 13 m³. Care should be taken while dropping this heavy and rigid bucket as it can cause damage to canal lining or quay walls.

Like some onshore excavators, Backhoe dredgers have a digging bucket attached to it which digs through a wide range of materials and when it is excavated it’s brought out and placed on the onboard barges. Although they have few limitations where deep dredging is concerned but with some recent modern dredgers, deeper excavation is made quite easy.

The key feature of hydraulic dredgers is that the material dredged by these type of dredgers is in suspension form and raised through the pumping system and fed to outlet pipes.

These are generally employed to remove sand or silt deposits from the seabed. They have a vertical suction pipe, which is pushed vertically inside the sand deposit and dredged material is sucked with or without water jet. The dredged material is laden into barges or can directly to the reclamation area.

CSD, as they are normally called, have a cutter head at the suction inlet which helps to loosen the earth and take it to the suction mouth. Used for hard surfaces like rock, CSDs suck up the dredged soil with the help of a wear-resistant pump and then discharge it through a pipeline or a barge.

A Trailing Suction Hopper Dredger is a self-driven dredging vessel. It consists of hoppers or trailers with bottom gates or valves. The material is loaded in hopper hydraulically when this hopper or trailer is filled, the bottom valves or gates are closed and the hopper is raised up with cranes or winches. This dredger is most commonly used in open water: rivers, canals, estuaries and the open sea dredging.

Suitable mostly for harbour maintenance and pipe trenching, a hopper dredger is a self-propelling vessel that holds its load in a large onboard hold knows as the hopper. They can carry the load over large distances and can empty it by opening the bottom doors or by pumping the load offshore. Hopper dredges mostly dredge the soft non-rock soils and because of their high production rates can carry out land reclamation projects easily.

It is a self-driven dredger which excavates sediments with strong water jets. Strong water jet converts the sediments into suspension, as this suspension is heavier than water, it is carried away by water currents and gravity and disposed-off at a specific site. This type of dredger is generally used to dredge mud or fine sand bottoms and are more commonly used for harbour maintenance.

Often used for environmentally sensitive projects, water injection dredgers work by fluidizing the material by pumping water into the bed material. Once it is fluidized it is either moved by a second burst of water or is carried away by the natural current.

Dredging can create disturbance to aquatic ecosystems, often with adverse impacts. In addition, dredge spoils may contain toxic chemicals that may have an adverse effect on the disposal area; furthermore, the process of dredging often dislodges chemicals residing in benthic substrates and injects them into the water column.

The activity of dredging can create the following principal impacts to the environment:

The nature of dredging operations and possible environmental impacts cause the industry to be closely regulated and a requirement for comprehensive regional environmental impact assessments with continuous monitoring. The U.S. Clean Water Act requires that any discharge of dredged or fill materials into “waters of the United States,” including wetlands, is forbidden unless authorized by a permit issued by the Army Corps of Engineers. As a result of the potential impacts to the environment, dredging is restricted to licensed areas only with vessel activity monitored closely using automatic GPS systems.

According to a Rabobank outlook report in 2013, the largest dredging companies in the world are in order of size, based on dredging sales in 2012.