10 Black Sea facts that makes it so popular 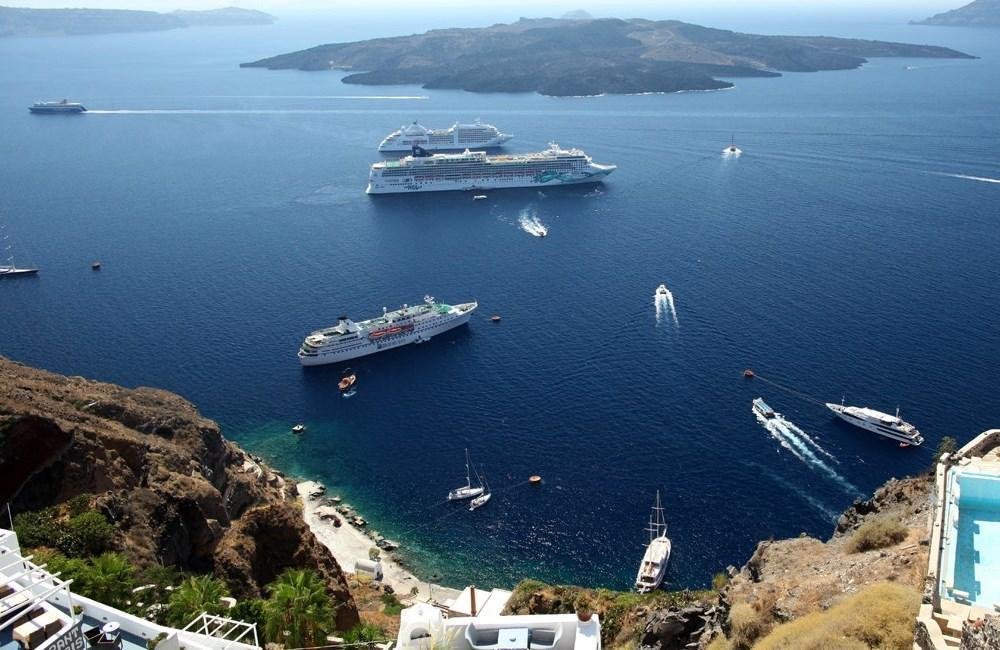 The Black Sea is the world’s largest bodies of water and a prominent inland sea. It has long been popular mainly because of the name, which denotes this sea’s very inhospitable nature.

However, as time passed, the image of the Black Sea, as one of the most difficult water bodies to navigate, has changed. As home to a rich and beautiful collection of flora and fauna and more than ten small islands, the Black Sea has now emerged as one of the popular tourist attractions of the world.

Ancient mariners regarded Black seas a difficult body of water to navigate since its shores were inhabited by savage tribes. In addition, the anoxic nature of the Black Seawater, due to which the process of decomposition is slow in the lower water layers, has also resulted in several scary rumors’, making the sea infamous.

1. Geography and Location: Where is the Black Sea located?

Surrounded by Six Countries : The most interesting thing about this sea is its map. The map of Black Sea flaunts its 159,600 sq mi sea lying between South East Europe and Asia. This sea is connected with the Mediterranean Sea through Bosporus, the Sea of Marmara and the Dardanelles. It is an amazing feature on the map of Black Sea that it is surrounded by six different countries.

Sharing its shores with boundaries of Turkey, Romania, Ukraine, Bulgaria, Russia and Georgia, this sea is the connecting link between all these six different countries.

2. Why Black Sea is called Black Sea – How it got its Name?

One of the best and little known Black Sea facts is the origin of its name. There are various theories as to how this sea got to be called by this particular name. Of the many prevalent theories, there is one that says that the Black sea was called ‘the Sea’  for a long time before being called as the ‘inhospitable Sea’ before the Greeks took over its shore lines. Once Greeks made navigation through this sea very easy, the name changed from the inhospitable to the hospitable sea.However, this sea has been given many names over the centuries by different people but this particular name happens to be the most famous one, believed to be given by the Turkish in medieval times.

There are more hypotheses suggesting several reasons behind the origin of Black Sea’s name. According to one argument, storms during the winter make the water in the Black sea appear black, leading the sailors to call it as Black Sea. Another theory suggested that the objects that drown in the water get black sludge covering after a period of time. The discovery such items across the sea may have become a reason behind its name.

3. Anoxic water: Is there any life in the Black Sea?

One of the most interesting fact about the Black sea is its anoxicity  which means absence of oxygen in the lower zone of the Black sea this is due to a very interesting phenomena i.e. movement of the upper layers or zones of the sea. The upper zone takes the fresh water it receives from river to the Mediterranean sea whereas the lower zone brings salt water into the Black sea and this lower zone has negligible oxygen content due to which the decomposition of the sunken objects takes place extremely slowly and some of the objects that sank hundreds of years ago can still be found.

4. Maritime History: the Landing Point of the Noah’s Ark?

According to a number of marine geologists, the Black Sea was a freshwater lake around 7,000 years ago before a rise of water in the Mediterranean Sea caused the entry of saltwater into the lake. In line with this theory, many argue that the so-called flood represents the catastrophic flood mentioned in the Noah’s Ark story in the Bible. The stories claim that the ark of Noah came to rest on the slopes of Mount Ararat in Turkey once the flood ended. From time to time, marine archaeologists have argued in support and against these claims. However, due to the lack of credible scientific evidences, this particular history of the Black Sea still remains as a topic of debate.

5. Steady water level: What does it feel like to swim in the Dead Sea?

The water level in the Black Sea remains same all the time because of the absence of any high or low tides. This gives the sea no fluctuation in the water level, keeping it as a calm, quiet and serene sea on the surface.
Interestingly, due to all these rare features of the water in the Black Sea, many wonder whether it is possible to swim in the sea. With a clean fresh water surface, swimming in the Black Sea is possible; though offer a different experience from other water bodies. With its strange features, including the high level of minerals and salt, normally the objects tend to float on the water.

The black sea is a house to many smaller islands all along its inland. These islands are about ten in number and are amazing store of fauna and flora that make this sea even more unique that it already is. These islands cover an expanse of three different countries, making each one a unique experience of its own. Other notable islands in the Black Sea include St Anastasia (Bulgaria), Berezan and Giresun (Turkey), St Cyricus (Bulgaria) and Dzharylgach (Ukraine) etc. Most importantly, these islands in the Black Sea have become major tourist attractions, playing an import role in the economy of these countries.

What seems like an intriguing and almost scary fact is that the dead are believed to persist in waters of the Black Sea. Remains of ships and humans and other decomposable materials like ropes, wood etc can still be found at the bed of this sea, hundreds of years after their entry into the waters of the Black Sea. As thrilling as this fact sounds, the scientific explanation for it is that due to anoxic nature of the lower water layers of this sea, the process of decomposition is negligibly slow, hence, the persistence of remains of the dead inside the sea’s water.

Another one of the interesting Black Sea facts is that the water level in this sea always remains the same. Due to absence of any high or low tides, there is no fluctuation in the water level, making it a calm, quiet and serene sea on the surface.

Despite all the mystery linked to the Black Sea, the fact remains that this inland body of water happens to be a major holiday destination all the year round. With high mountains and beautiful coasts, the countries on the shores of the Black Sea become home for marine and travel enthusiasts. In addition to its beauty, the historical and archaeological importance of the Black Sea has also welcomed a quite number of cruise ships every year to the region.

Because of its popularity as a tourist choice and amazing scope of cruising, there are a number of cruises that offer a chance to explore the secrets of this sea. You can choose your destination from any of the six countries this sea borders along with the smaller islands that fall on the way, along with the Mediterranean Sea as a bonus.
These are just a few of all the amazing Black sea facts. But to know more about them, it is best to visit this sea and let it do the talking.

Share. Facebook Twitter Pinterest LinkedIn Tumblr Email
Previous ArticleWhat are Kayaks – Types of Kayaks & How to do Kayaking
Next Article Where is the Red sea? 10 Amazing facts you need to know about the Red Sea