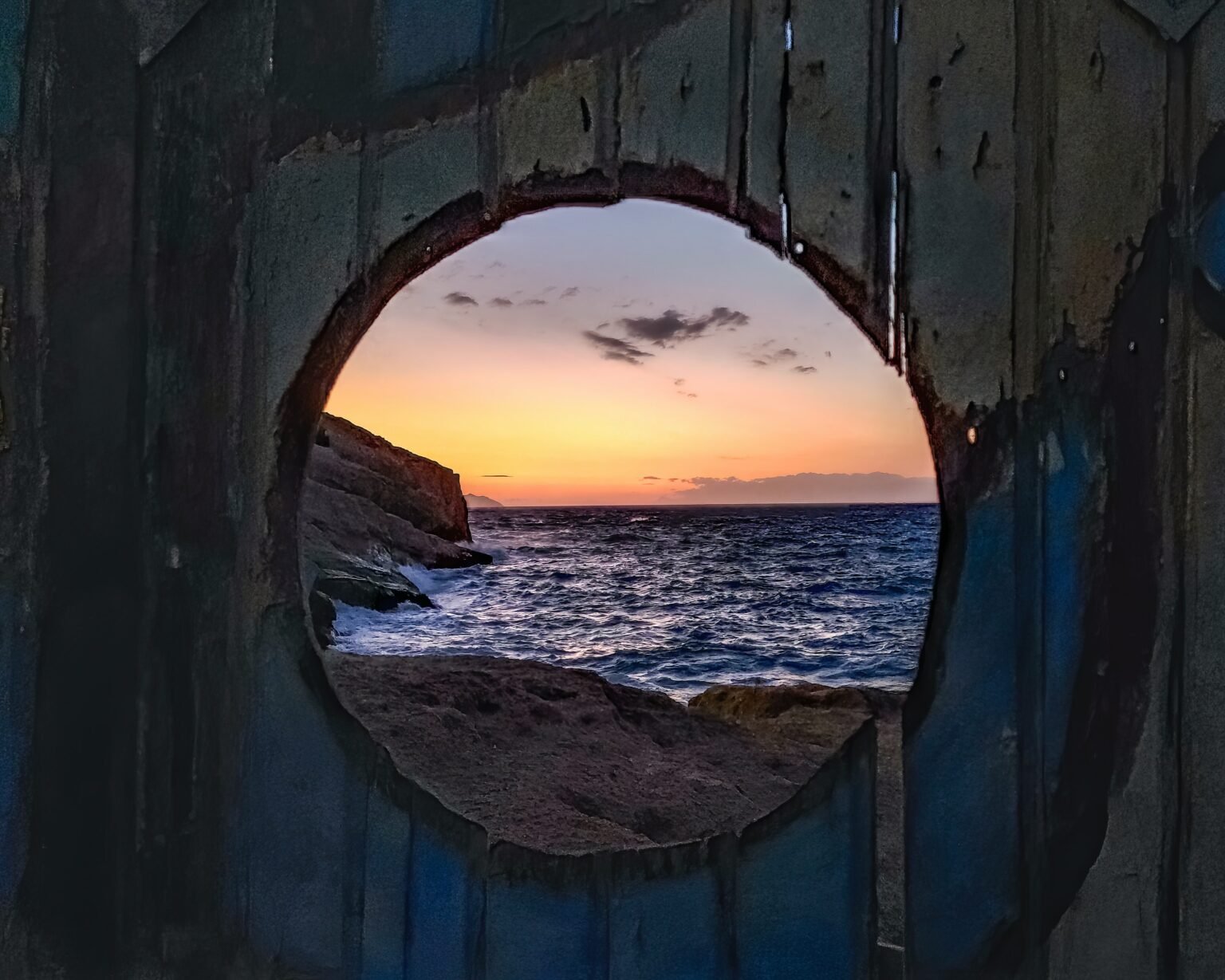 About Mediterranean Sea: Mediterranean Sea, an intercontinental sea that stretches from the Atlantic Ocean on the west to Asia on the east and separates Europe from Africa. It has often been called the incubator of Western civilization. This ancient “sea between the lands” occupies a deep, elongated, and almost landlocked irregular depression lying between latitudes 30° and 46° N and longitudes 5°50′ W and 36° E. Its west-east extent—from the Strait of Gibraltar between Spain and Morocco to the shores of the Gulf of Iskenderun on the southwestern coast of Turkey—is approximately 2,500 miles (4,000 km), and its average north-south extent, between Croatia’s southernmost shores and Libya, is about 500 miles (800 km). The Mediterranean Sea, including the Sea of Marmara, occupies an area of approximately 970,000 square miles

1. The Romans thought the sea was, literally, the middle of the earth.

Because of this, they first called the Mediterranean “mediterraneus”—Latin for “middle of the earth.” Believe it or not, Rome is the birthplace of the shopping mall. The first-ever mall was built by Roman emperor Trajan between 107 and 110 AD. Trajan’s Market consisted of several levels and more than 150 outlets that sold everything from clothes to food and spices.

2) The Strait of Gibraltar – where the Mediterranean Sea joins with the Atlantic Ocean, and Spain nearly touches the top of Africa—is only eight miles wide at its narrowest point.

The area around the Bay of Gibraltar has been inhabited for millennia and the bay itself has been used by merchant shipping for at least 3,000 years. The Phoenicians are believed to have had a settlement near Gibraltar and the Romans established the town of Portus Alba (“White Port”) on the site of modern Algeciras. Later peoples, notably the Moors and the Spanish, also established settlements on the shoreline during the Middle Ages and early modern period, including the heavily fortified and highly strategic port at Gibraltar, which fell to England in 1704.

The shoreline is densely settled. From west to east, the shore is divided between the Spanish municipalities of Algeciras, Los Barrios, San Roque, La Línea de la Concepción and the British Overseas Territory of Gibraltar. The larger part of the shoreline is Spanish territory, with part of the eastern half of the bay belonging to Gibraltar.

3) The Mediterranean Sea Has A Coastline Of About 28,600 Miles

Fun fact: Cyprus Is One Of Just Two Nations And The First In The World To Include Its Map On Its Flag (The Second Is Kosovo)

4) Sicily Is The Largest Mediterranean Island With An Area Of 9,927 Square Miles

The countries surrounding the Mediterranean in clockwise order are Spain, France, Monaco, Italy, Slovenia, Croatia, Bosnia and Herzegovina, Montenegro, Albania, Greece, Turkey, Syria, Lebanon, Israel, Egypt, Libya, Tunisia, Algeria, and Morocco; Malta and Cyprus are island countries in the sea. In addition, the Gaza Strip and the British Overseas Territories of Gibraltar and Akrotiri and Dhekelia have coastlines on the sea.

5) Eight Different Species Of Whales, Dolphins And Porpoises Can Be Found In The Mediterranean

The Gibraltar Strait, which connects the Atlantic to the Mediterranean, is a hotspot for killer whale sightings during the tuna season in early spring and through summer. The Sparkling Blue Waters Of The Mediterranean Sea Are Home To Over 700 Varieties Of Fish And Almost 10 Per Cent Of The World’ Marine Species

6) Wine making has been an important part of Mediterranean life for at least 5,000 years, and today Italy, France and Spain lead the world in wine production.

A necessary condition of wine making was the ability to store it. Pottery vessels have been found with traces of wine dating back to 6000 BC in the northern Zagros mountains of what is now Iran… the first real evidence of wine production. Other places in the eastern Mediterranean continue to claim that they were first. Cyprus, Georgia, Lebanon and others claim to be the cradle of wine but the specific place of origin is perhaps unimportant. What is significant is that wine began in a part of the world that was accessible and which led to its rapid spread to other areas.

Today the coastal areas of the Mediteranean remain significant wine producing areas although their worldwide importance has reduced. Inevitably, some former wine producing areas have been lost to real estate development. Many of those that remain are focused on local grape varieties, or owned by small dedicated producers. These additional factors mean that many wines of these wines are not easily accessed in other parts of the world. The Mediterranean climate with warm, dry, sunny summers, cool evenings, mild and wet winters remains conducive to grape growing.

8. The ancient port of Jaffa in Israel is located in Mediterranean Sea : according to the Bible, where the character Jonah set sail before being swallowed by a whale

9. Alexandria, one of the largest cities on the Mediterranean. İzmir, the third metropolis of Turkey after Istanbul and Ankara are also located adjacent to Mediterranean Sea

10. The Paklinski Islands off the coast of Croatia; the Adriatic Sea contains over 1200 islands and islets

The sea was an important route for merchants and travelers of ancient times, facilitating trade and cultural exchange between peoples of the region. The history of the Mediterranean region is crucial to understanding the origins and development of many modern societies. The Roman Empire maintained nautical hegemony over the sea for centuries.