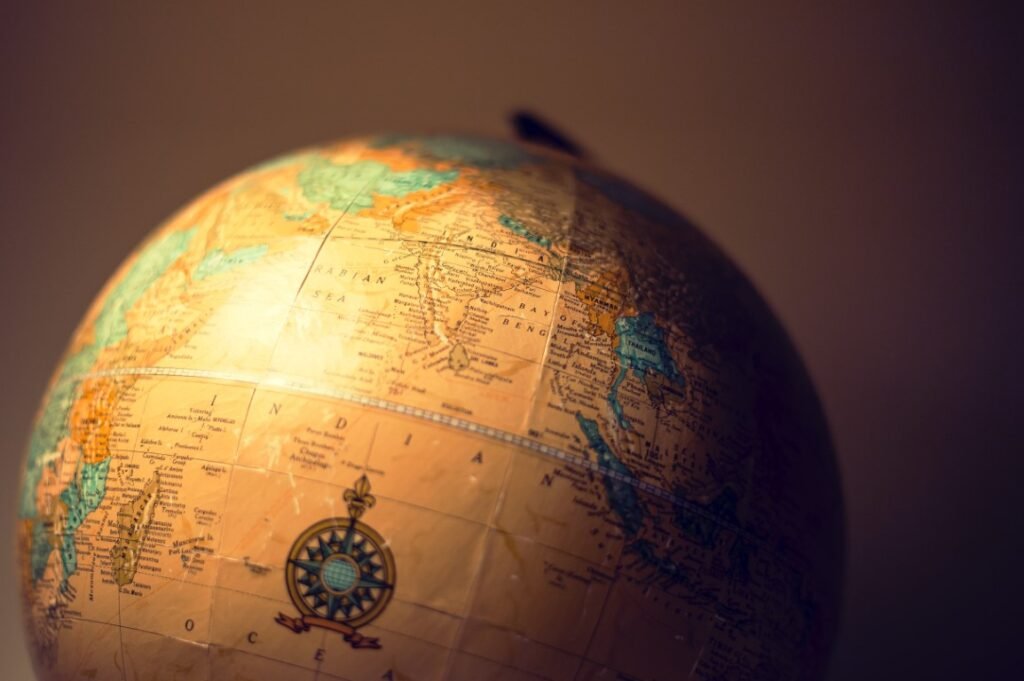 Ocean shipping lanes serve as the life and blood of international trade. According to the IMO, about 90% of the world trade depends on the transportation of goods by sea.

Shipping lanes, both natural and man-made, are vital contributors to the freight industry, but some are busier and more important than others because of the trade routes they facilitate. Some of the busiest shipping routes across the world include

The North Atlantic Sea Route makes navigation between the North-Western region of Europe and the North-Eastern part of the United States smooth. These two are the most industrially developed areas across the globe.

The international trade that happens via this route is much bigger than the combination of all the other routes. Over 1/4th of the foreign trade happens through this sea route. As a result, it becomes the busiest sea route and is also referred to as the Big Trunk Route.

It has much more important than any other waterways. This waterway joins the developed regions of Western Europe with the developed region of North America. There are many important parts of the world on this oceanic route, e.g. Glasgow, Manchester, Southampton, London, Rotterdam, Breman, body, Lisbon, Quebec, Montreal, New Orleans, York, Charleston, Gaveston, and New Havana. Maximum goods are transported through this waterway of the world.

It joins Eastern Asia and Europe to southern parts of Africa. This oceanic route has lost its importance with the construction of the Suez Canal. Now-a-days, only large sized ships loaded with heavy and cheap goods sail through this oceanic route.

These waterways join East Asia and North America with each other. This waterway is very long. From this route the countries like China. Korea, Japan, Philippines, Indonesia, Malaysia, Singapore and Hong Kong take maximum benefits.

It connects Australia, New Zealand, North America and Western Europe with each other. Through this oceanic route Australia exports wool, butter, cheese, skins, rubber, etc. and industrial products are imported.

Indian oceanic waterways are used by the countries which fall in the vicinity of the Indian Ocean. The major items exported through this route are tea, jute products, mineral ores and import items are mainly industrial products.

Each day, more than 500 vessels cross the 350-mile-long English Channel — widely considered the busiest shipping lane in the world and a critical route in the European shipping network. Cargo vessels, carrying everything from oil to wheat, share the channel with passenger ferries, fishing vessels, pleasure craft and even the occasional swimmer. The body of water separates England from France and connects the North Sea and the Atlantic Ocean.

A narrow, 580-mile stretch of water between the Malay Peninsula and the Indonesian island of Sumatra, the Strait of Malacca is the shortest sea route between India and China. It’s one of the most heavily traveled shipping channels in the world and is a major route for oil transport and goods like Indonesian coffee, coal and liquified natural gas.

Completed in 1914, the Panama Canal is ranked as one of the seven wonders of the modern world by the American Society of Civil Engineers. It’s one of the most important international waterways, with more than 14,000 ships navigating it each year. The canal uses a system of three locks to raise the elevation of ships so they can travel across Gatun Lake (which is 85 feet above sea level) to reach the Pacific Ocean, a process that takes 8-10 hours. In comparison, bypassing the canal and traveling around Cape Horn at the southern tip of South America would take 2 weeks.

A $5.4 billion expansion in 2016 added a new lane of traffic to the Panama Canal, doubling its capacity and increasing the width and depth of the lanes and locks. It can now accommodate vessels carrying up to 14,000 TEUs (twenty-foot equivalent units).

Providing the fastest crossing from the Atlantic Ocean to the Indian Ocean, the Suez Canal in Egypt is one of the world’s most heavily used shipping lanes. It was completed in 1869 and is the first canal that directly links the Mediterranean Sea to the Red Sea. Because the narrow passage can’t support two-way lanes, a trip through the 120-mile-long Suez Canal takes about 16 hours, with an average of 100 vessels completing the crossing each day.

Also known as the Strait of Istanbul, this narrow, natural strait in northwestern Turkey is 19 miles long and links the Black Sea with the world’s oceans. It’s one of the most important routes for transporting oil to regions including Asia and Western and Southern Europe. An estimated 48,000 ships move through the Bosphorus Strait each year.

The Strait of Hormuz is located in the waters of Iran and Oman in the Persian Gulf. Roughly 21 million barrels (or about one-third) of the world’s sea-traded oil passes through the strait every day, headed primarily to Asian markets like India, China, Japan, Singapore and South Korea.

Because it is just 21 miles wide at its narrowest point, ships moving through the strait are required to stay in separate inbound and outbound lanes, with a two-mile “median” or buffer zone between them as a safety measure.

With approximately 70,000 ships moving through them each year, the Danish Straits are some of the most trafficked channels in the world. They’re made up of a system of three channels — the Oresund, the Great Belt and the Little Belt — that interlink the North Sea and Baltic Sea, and they provide a key pathway for oil shipping between Russia and Europe. The widest channel, the Great Belt, is the primary passage for large vessels.

Extending more than 2,300 miles from the Atlantic Ocean through Canada to the head of the Great Lakes, the St. Lawrence Seaway — also called “Highway H2O” — serves as a critical North American trade route. It was built in 1959 as a binational partnership between Canada and the U.S. and continues to operate that way.

The St. Lawrence Seaway is not a single waterway; it’s a system of locks, channels and canals extending from Montreal, Quebec to Lake Erie. It connects to more than 100 ports and commercial docks within the eight Great Lakes states, as well as the Canadian provinces of Ontario and Quebec. It’s also a critical network for transporting goods between North America and 60 overseas markets, with more than 160 million metric tons of general cargo moving across the seaway each year.