How Atlantic Ocean got its name 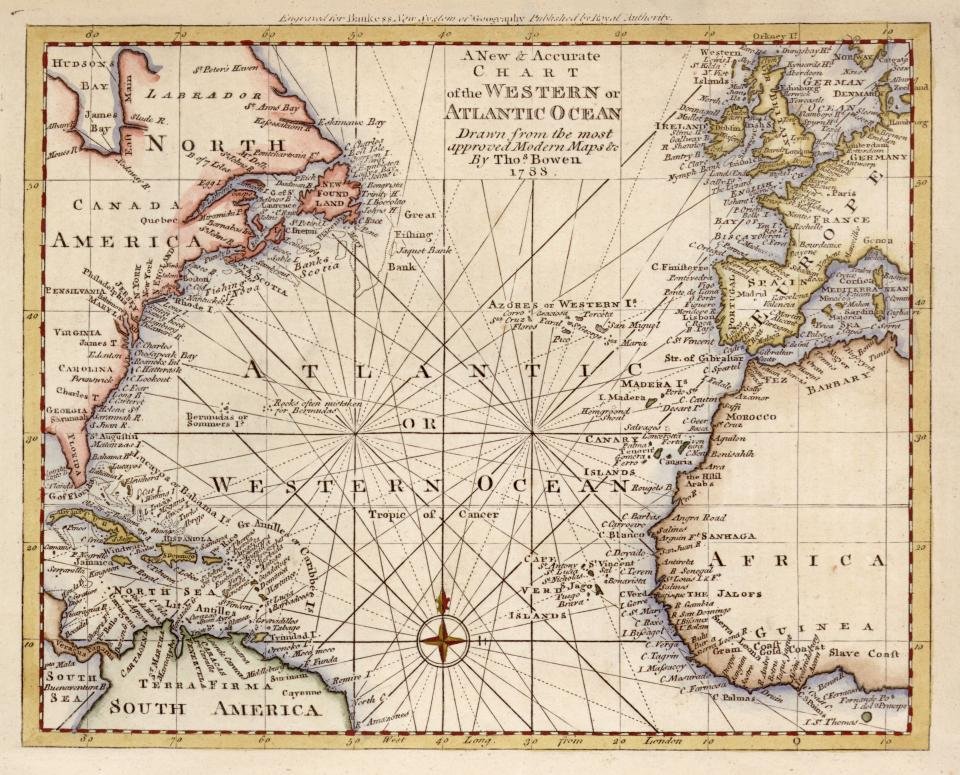 The Origin of the Name Atlantic Ocean

Most everyone knows the name Atlantic Ocean. However, it is complexly curious as to how such a vast ocean was named after a myth of antiquity. Being the second largest ocean on Earth, it was virtually unknown to the ancients.

The best place to start, not necessarily the beginning, would be from ancient Greece. The oldest known mention of “Atlantic” is in The Histories of Herodotus around 450 BC. In Greek, Atlantis means “Island of Atlas”, or in some context, “Sea of Atlas”. Remembering that even as soon as 360 B.C., the actual ocean as we know of as the Atlantic Ocean was yet to be recorded in earlier written language, Greek or otherwise. Except in mythological descriptions by Plato, the Greek philosopher. In the Timaeus and Critias, Plato writes of a vast continent which sank beneath the waves in a single day and night. This land was host to a very large and advanced civilization,according to myth. By Plato’s accord, this myth was first presented by the ancient Egyptians as early as 9600BC.

This account was later refuted by Homer. The later Phoenicians mention what we now know as the Atlantic Ocean and established trade routes right up to the Pillars of Gibraltar. But even the ancients acknowledged that the continent of Atlantis was a myth and so told their culture, as was the Thera catastrophism,  being considered as a likely Atlantis.  Of course we know now that the Thera volcanic eruption was real, as was the Trojan War.  But these events were centered around the Mediterranean Ocean. They didn’t even know that what we know of as the Atlantic Ocean existed.

Plato and Homer both did however allude to a Sea of Atlas, which was a mythical sea beyond the Pillars of Gibraltar. The actual existence of this sea was not confirmed until the Roman Empire, and was never explored except to act as a transportation route to Britannia.

The first cartographical attempt to include the Atlantic Ocean by name is generally attributed to the Benincasa Map (1482), one of the maps studied by Columbus when he set sail for the Indies.

Somewhat more was added with the Piri Reis Map, (1511).  On that map, in the southern ocean, you can see Antarctica, way before it was actually discovered.

The map’s origin seemed to have been a collage of older maps. A later map by Athanasius Kircher (Kircher’s Map), also made an attempt to rediscover Atlantis by suggesting that the Pin Reis map showing Antarctica was actually Atlantis, which had moved 2,500 miles to the south.  The Kircher Map was an early attempt to plot

the position of Atlantis and relied in part from the Piri Reis map.  This is the first map which charts the Atlantic Ocean by name in the publication “Mundus subterraneous”. This map is also a collage of older maps, including the Pin Reis map and the maps taken from Egypt by the Romans in 30 B C.  Another notable map is the Ptolemy Map captured in Constantinople in the 16th century.  This map is remarkable because Ptolemy lived some 1,000 years before the map was discovered.

Since then many older maps have been created which show the world geography much as we know today.

It was not until the Middle Ages apparently that the term Atlantic Ocean was used formerly. Although the vast sea was known in ancient times, the emphasis was focused on discovering a lost continent, namely Atlantis, which ultimately became the Atlantic Ocean, based in antiquity.