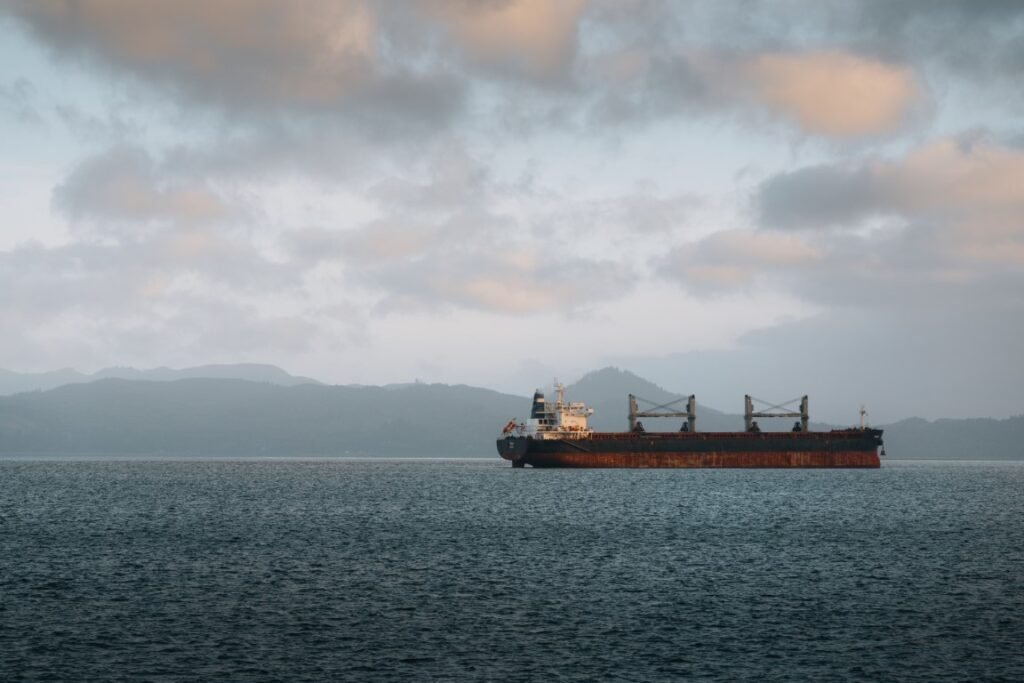 Sailing is amazing. It takes lot of courage. If you are lucky, it’s pretty boring. If you are unlucky and get caught in a storm, boredom is not a problem but terror might be. Here’s a magic poem –Abandon Ship Poem By Capt. Eldren Goes

All lines on board, we were set to sail,
The weather told us of a predicted gale,
Wind force eight, wave height eighteen,
Swell north/north-easterly or somewhere in between.

Ballast tanks topped up, no cargo at all.
We had to clear the port roads, before nightfall.
All lashed on deck, even her stockless anchor
As she RFA*, my mighty product tanker

No sooner we reached open sea, boy! She began to roll
Seas slammed all over her, waves taking its toll
She panted and pounded, unlike ever before
She was taken on hand, the auto steered no more.

The waves just came and came and just wouldn’t stop
The wind started veering said the anemometer* atop
The barograph dropped, mercury now rapidly falling
We were in the wrong quadrant; a storm was brutally calling. 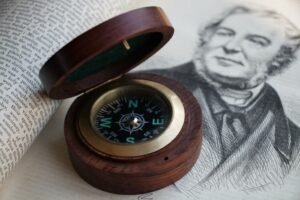 We did a maneuver, taking the swell on the quarter,
A miscalculated action which really had caught her,
A mighty wave broke, on the deck so bad
We all just prayed and hoped! That it never really had,

Now she heeled to starboard in such a bad way
Then no longer steady she could ever really stay,
We now began to feel, the sailor’s ultimate fear
Some totally lost it, as death was calling near.

As the seas broke on the deck, with such mighty force,
Heavens showed no mercy, the oceans no remorse,
We all were ready, lifejackets properly donned,
Distress messages sent, the Master had taken the conn.

Then came that rogue wave and such a mighty swell.
Tore the foremast right apart, the bell ringing our death knell.
The fowr’d store began to fill, at such an immense rate
The cold winds of the North Sea would now predict our fate.

3o C outside, still all began to sweat,
Staying aboard this ship was now a real-life threat.
A thought of home ran in our head, with one thing standing clear,
Heaven smiling in our face, the eyes filled with a tear.

The master finally said it those fatal three words,
“ABANDONSHIP” thrice, which most had never heard.
All proceeded to the boat deck, no time for a headcount
An EPIRB* in hand and the SART* ready to mount.

Tearing the lashings loose the davit suddenly fell,
The ruthless seas had now, cast another dirty spell.
Two rushed to the stern, to launch the life raft. Another two to the other side, to ready the survival craft.

The seas began to eat her, waters reached mid-ship
The engines now had stopped, the circuits all did trip
Some gathered courage and bought the second life-raft
The F’wd now totally dipped, the stern had no draft, 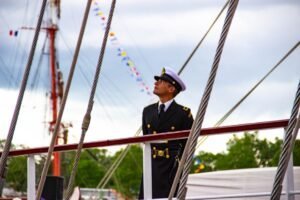 Now another trouble had mocked, our dirty miserable state
One life-raft opened the other didn’t inflate
We took the plunge in the sea, not knowing what to expect.
We had our faith in the Lord and knew he would protect.

Life-raft of 20 persons, but we were twenty-two,
The lifebuoys and the quoits helped save another few
We stuck to each other under the rubber canopy,
The waters really freezing, the seas so bloody choppy.

Then after about eight hours which seemed a lifetime.
The sun shone it’s pretty face, and in its glory began to shine
The wind slowly died down, with the waves you could tell
We had not seen heaven but had bloody well been through hell.

Then at the horizon, jutting out of the dip,
We saw a mighty superstructure, we saw another ship
We all were rescued, but not all of us survived
Or else of a worthy life, we’d all be deprived.

And as I flew home, over the calm, deep, blue sea,
Looking back how the last few hours, had changed life for me,
The seas can take as much, as much as it can give.
But I’m a seasoned sailor, on the oceans I shall always live…