Top 15 Greatest Sailors of all time 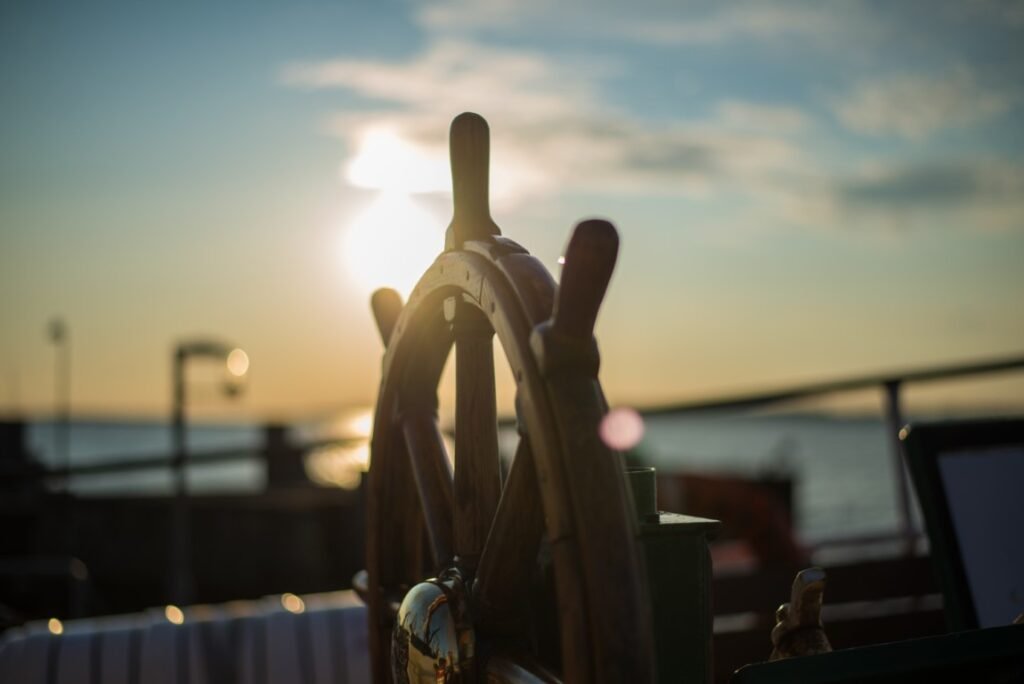 The Age of Exploration, or Age of Discovery, saw a huge increase in human discovery, and marked the beginning of globalisation. It also saw the rise of some of the most famous explorers in history.

Beginning from the early 15th century until the middle of the 17th century, European explorers took to the seas in search of trade, knowledge, and power.

The story of human exploration is as old as the story of civilisation, and many of the stories of these explorers have become legends over the centuries.

Here are 15 of the most famous explorers during the Age of Exploration, before and after.

A Venetian merchant and adventurer, Marco Polo travelled along the Silk Road from Europe to Asia between 1271 and 1295.

Marco Polo (1254-1324) was an Italian voyager and merchant who was one of the first Europeans to travel across Asia through China, visiting the Kublai Khan in Beijing. He left in 1271 (he was a teenager at the time) with his father (Nicolo Polo) and uncle (Maffeo Polo); they spent about 24 years traveling. [Nicolo and Maffeo had previously made a trip to China, from 1260-1269, during which the Kublai Khan (the conqueror of China) requested holy oil blessed by the Pope.]

Polo sailed south from Venice, Italy, in the Mediterranean Sea to the Middle East. They then went southeast overland to Persia (now Iran), then through the Pamir Mountains and the Gobi Desert, to Beijing, China. They explored the area south of Beijing, including Yunan and Szechuan. Returning to Beijing, they traveled east to Tankchow (at the mouth of the Yangtse River), then south to Hangchow, China. They then sailed south along the coast of China, to what are now Vietnam and Sumatra. They sailed west to Sri Lanka and India, and then back to Ormuz (on the Persian Gulf). They went northwest overland to the Black Sea, then the Mediterranean Sea, and back to Venice, Italy.

Polo was not the first European to reach China, but his travelogue inspired many explorers – among them, Christopher Columbus.

His writings also had a significant influence on European cartography, ultimately leading to the Age of Discovery a century later.

Known as the Three-Jewel Eunuch Admiral, Zheng He was China’s greatest explorer.

Commanding the world’s mightiest fleet of 300 ships and as many as 30,000 troops, Admiral Zheng made 7 epic voyages to southeast Asia, south Asia, the Middle East and Africa between 1405 and 1433.

Setting sail aboard his “treasure ships”, he would exchange valuable goods such as gold, porcelain and silk for ivory, myrrh and even China’s first giraffe.

Despite being instrumental in extending the influence and power of the Ming dynasty China, Zheng’s legacy went overlooked after China entered a long period of isolation.

The Portuguese prince has a legendary status in the early stages of European exploration – despite never having embarked on an exploratory voyage himself.

His patronage of Portuguese exploration led to expeditions across the Atlantic Ocean and along the western coast of Africa, and the colonising of the Azores and Madeira islands.

Although he did not earn the title ‘”the Navigator” until three centuries after his death, Henry was considered the main initiator of the Age of Discovery and the Atlantic slave trade.

Often called the “discoverer” of the New World, Christopher Columbus embarked on 4 voyages across the Atlantic Ocean between 1492 and 1504.

Under the sponsorship of Ferdinand II and Isabella I of Spain, he had originally set sail hoping to find a westward route to the Far East.

Posthumous portrait of Columbus by Sebastiano del Piombo, 1519. There are no known authentic portraits of Columbus

Instead, the Italian navigator found himself on an island that later became known as the Bahamas. Believing he had reached the Indies, he dubbed the natives there “Indians”.

Columbus’ voyages were the first European expeditions to the Caribbean, Central America and South America, and opened the way for the European exploration and permanent colonisation of the Americas.

In 1497, the Portuguese explorer set sail from Lisbon towards India. His voyage made him the first European to reach India by sea, and opened up the first sea route connecting Europe to Asia.

Da Gama’s discovery of the Cape Route opened the way for an age of Portuguese exploration and colonialism in Asia.

It would take another century for other European powers to challenge Portugal’s naval supremacy and commercial monopoly of commodities such as pepper and cinnamon.

Born Giovanni Caboto, the Venetian explorer became known for his 1497 voyage to North America under the commission of Henry VII of England.

Upon landing in what he called “New-found-land” in present-day Canada – which he mistook for being Asia – Cabot claimed land for England.

Cabot’s expedition was the first European exploration of coastal North America since the 11th century, making him the first early modern European to “discover” North America.

It is not known if he died in a storm during his final voyage in 1498, or if he returned safely to London and died shortly after.

Regarded as the “discoverer” of Brazil, the Portuguese navigator was the first European to reach the Brazilian coast, in 1500.

While on a voyage to India Cabral accidentally sailed too far south west, and found himself at present-day Porto Seguro on the coast of Bahia.

After staying mere days, Cabral sailed back across the Atlantic, leaving two degredados, exiled criminals, who would father the first of Brazil’s mestizo population. Several years after, the Portuguese began colonising the area.

The name “Brazil” originated from the brazilwood tree, which the settlers made great profit from. Today, with over 200 million people, Brazil is the world’s largest Portuguese-speaking nation.

Around 1501-1502, the Florentine navigator Amerigo Vespucci embarked on a follow-up expedition to Cabral’s, exploring the Brazilian coast.

‘Allegory of the New World’ by Stradanus, depicting Vespucci that awakens the sleeping America (cropped)

As a result of this voyage, Vespucci demonstrated that Brazil and the West Indies were not the eastern outskirts of Asia – as Columbus had thought – but a separate continent, which became described as the “New World”.

The German geographer Martin Waldseemüller was so impressed that he coined the name “America”, after the Latin version of Vespucci’s first name, in a 1507 map.

Waldseemüller later changed his mind and removed the name in 1513, believing that it was Columbus who discovered the New World. However it was too late, and the name stuck.

The Portuguese explorer was the first European to cross the Pacific Ocean, and organised the Spanish expedition to the East Indies from 1519 to 1522.

Despite rough weather, and a mutinous and starving crew riddled with scurvy, Magellan and his ships managed to reach an island – probably Guam – in the western Pacific.

In 1521, Magellan was killed after reaching the Philippines, when he was caught in a battle between two rival chieftains.

The expedition, begun by Magellan but completed by Juan Sebastián Elcano, resulted in the first circumnavigation of the earth.

His ship ‘the Victoria’ reached Spanish shores in September 1522, completing the navigation. Of the 270 men who left with the Mangellan-Elcano expedition, only 18 Europeans returned alive.

This was in part because Portugal wanted to recognise a Portuguese explorer, and because of Spanish fears of Basque nationalism.

A Spanish conquistador (soldier and explorer), Hernán Cortés was best known for leading an expedition that caused the fall of the Aztec Empire in 1521 and for winning Mexico for the Spanish crown.

Upon landing in the southeastern Mexican coast in 1519, Cortés did what no explorer had done – he disciplined his army and trained them to act as a cohesive force.

He then set out for the Mexican interior, heading for the Aztec capital of Tenochtitlan where he took hostage its ruler: Montezuma II.

Having captured the capital and subdued neighbouring territories, Cortés became the absolute ruler of a territory extending from the Caribbean Sea to the Pacific Ocean.

In 1521, a new settlement – Mexico City – was built on Tenochtitlan and became the centre of Spanish America. During his rule, Cortés inflicted great cruelty on the indigenous population.

Drake was the first Englishman to circumnavigate the globe in a single expedition from 1577 to 1580.

In his youth, he commanded a ship as part of a fleet bringing African slaves to the “New World”, making one of the first English slaving voyages.

Portrait by Marcus Gheeraerts the Younger, 1591

Later, he was secretly commissioned by Elizabeth I to set off an expedition against the colonies of the Spanish empire – the most powerful in the world at the time.

Aboard his flagship ‘the Pelican’ – later renamed ‘the Golden Hind’ – Drake made his way into the Pacific, up the coast of South America, across the Indian Ocean and back into the Atlantic.

After two years of plundering, pirating and adventuring, he sailed his ship into Plymouth Harbour on 26 September 1580. He was knighted by the Queen personally aboard his ship 7 months later.

A key figure of the Elizabethan era, Sir Walter Raleigh carried out several expeditions to the Americas between 1578 and 1618.

He was instrumental in the English colonisation of North America, having been granted a royal charter that allowed him to organise the first English colonies in Virginia.

Although these colonial experiments were a disaster, resulting in the so-called “Lost Colony” of Roanoke Island, it paved the way for future English settlements.

A former favourite of Elizabeth I, he was imprisoned in the Tower of London after she discovered his secret marriage to Elizabeth Throckmorton, her maid of honour.

Upon his release, Raleigh set off on two unsuccessful expeditions in search of the legendary “El Dorado“, or “City of Gold”. He was executed on his return to England for treason by James I.

In 1770, he made the first European contact with the eastern coast of Australia, and chartered several islands in the Pacific.

The Norwegian polar explorer Roald Amundsen was the first to reach the South Pole, during an Antarctic expedition of 1910-1912.

He was also the first to sail through the Arctic’s treacherous Northwest Passage, from 1903 to 1906.

Amundsen had planned to be the first man to the North Pole. On hearing that the American Robert Peary had achieved the feat, Amundsen decided to change course and instead set sail for Antarctica.

On 14 December 1911 and with the help of sleigh dogs, Amundsen reached the South Pole, beating his British rival Robert Falcon Scott.

In 1926, he led the first flight over the North Pole in a dirigible. He died two years later trying to rescue a fellow explorer who had crashed at sea near Spitsbergen, Norway.

Marco Polo Biography – The Greatest Explorer of all time