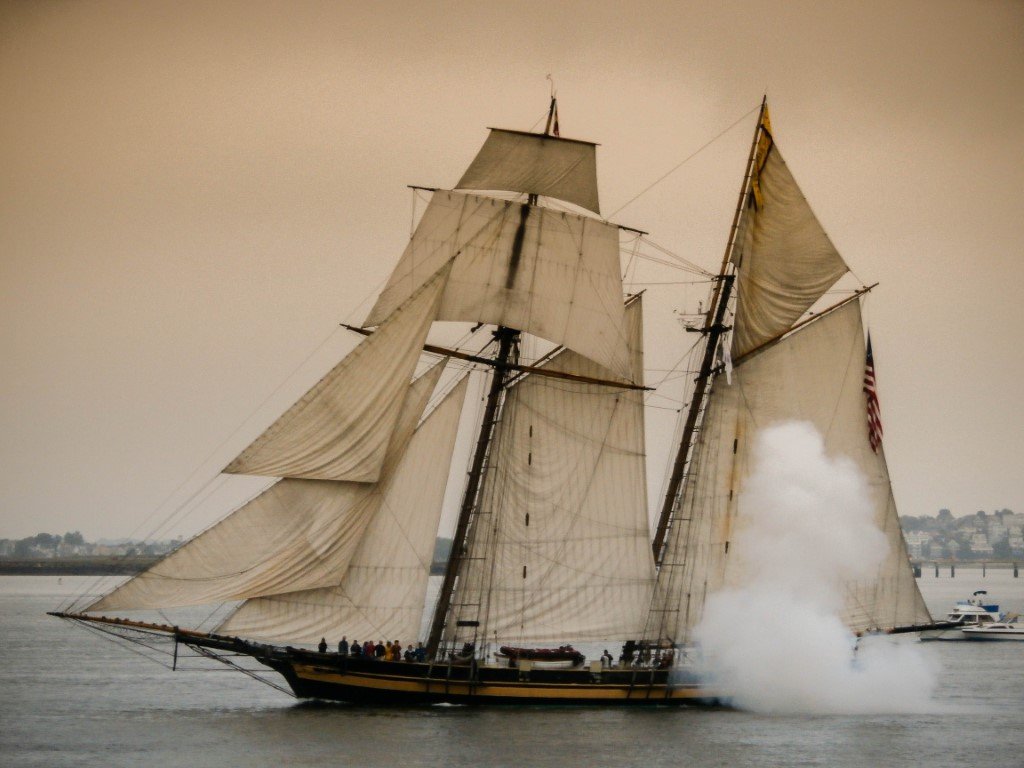 Ships with sails were the vogue in the bygone days. Technology in the form of engines surpassed these marine marvels, with better speed and thereby higher efficiency. However, even though their utility value diminished their novelty and uniqueness still continues to linger on. Over the years, many replicas of sailing ships have been created. Some of these replicas are used as cruise vessels while some just provide a feel of the years long gone by.

Detailed below is a compilation of five of the biggest ships with sails of all time which would help in providing a better insight into these unparallel vessels:

Also Read – Everything about Container Ships

Originally known as the Magdalene Vinnen II, the sail ship was built in Germany in the 1921 and was mainly used as a cargo ship until the year 1936 in which she was converted into a naval training vessel. After the Second World War, she was handed over to the Soviet navy and her name was changed to Sedov after the famous Soviet explorer Georgy Sedov. The most unique aspect about the Sedov is that at the time of construction, in addition to the four sailing steel masts, it had an ancillary engine built.

At present after nearly 90 years past her construction, the Sedov is still in operation and is used as a training vessel for cadets from the Russian universities of St. Petersburg and Murmansk. The biggest sailing ship is also a participant in many of tall sailing ships’ races held across the world.

The German ship Preussen was the largest sailing ship wonder at the time of its launch at the start of the 20th century. Artistically ingenious, the ship’s hull was made of steel and was powered with five fully rigged masts. At that time, the sail ship boasted of being the only vessel to have five masts with fully rigged sails.

Used as a cargo ship to transport nitrate in the South American continent, the Preussen with an untimely end when a Brighton – a steamer ran it down.

Also known as the Juan Sebastian de Elcano, the schooner was built in the year 1927 and is third among the world’s tall sailing ships.

Named after Juan Sebastian Elcano, the man who commandeered the fleet during Ferdinand Magellan’s last expedition, the ship sail is presently used as a training vessel for the Spanish Royal naval forces. A steel-hulled four mast sail ship, the Juan Sebastian Elcano is a very popular ship with sails.

Built by the Fore River Ship and Engine Co. based in Massachusetts in the year 1901, the Thomas W. Lawson was a seven-mast schooner used mainly for the purpose of hauling coal and oil by the Eastern coast of the United States. However on account of the huge size and bulk of the ship, in her later years, she was used only for the purpose of oil cargo transportation and was regarded as the first sailing tanker vessel in the world.