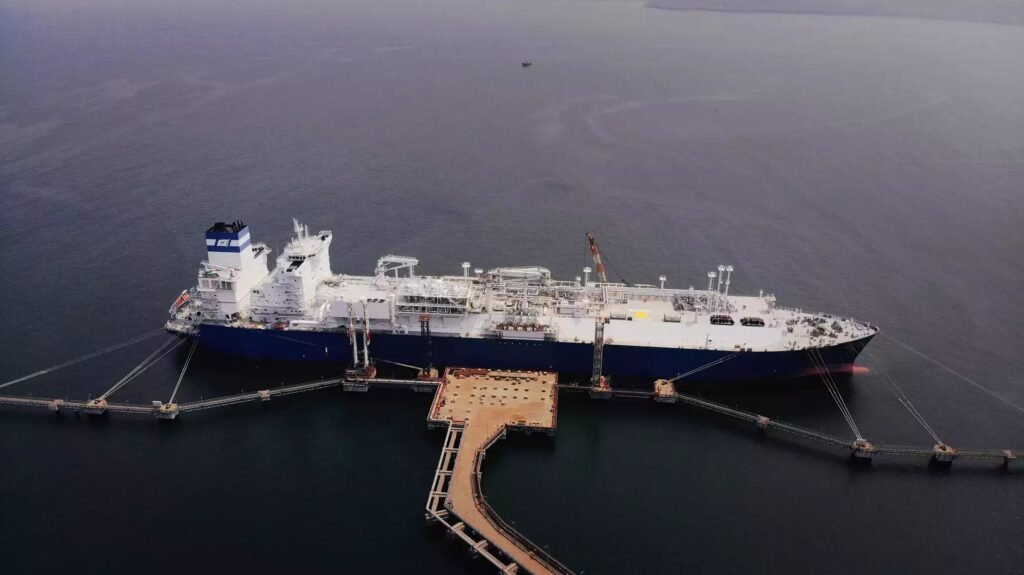 A Floating Storage Regasification Unit (FSRU) is a vital component required while transiting and transferring Liquefied Natural Gas (LNG) through the oceanic channels. Therefore, FSRU can be termed as a special type of ship used for LNG transfer.

As viable and exceedingly environment-friendly LNG is as a fuel component, the fact remains that transporting the same isn’t that easy. Any slight callousness could result in loss of precious lives and precious fuel, not to mention the further degradation of the oceanic eco-system.

The LNG fuel transported in a semi-cooled slushy state of -160 ͦ, to the required destination, needs to be heated up to its original gaseous state. This reheating needs to be carried out before the gas is pumped into its storage systems. The whole process of freezing and then re-heating the fuel is extremely expensive not to mention time-consuming as well. The resultant solution to this time-consuming process is a floating storage unit with a reliquefaction plant.

FSRU vessels can be classified either as ships or offshore installations depending upon the design they incorporate. Floating Storage Regasification Unit (FSRUs) can be equipped in two ways:

When the FSRU unit is installed in the ship itself, the construction of the vessel is similar to other LNG ships undergoing LNG trading operation with regular dry docking and complying to all the required international marine safety standards. The major advantage of such installation is that the heating and liquefaction process can be carried out within the vessel itself without having to unload the fuel in its semi-frozen slushy state.

In case of the former, the process can be carried out within the vessel itself without having to unload the fuel in its semi-frozen slushy state.

The latter option, however, promises to be more viable as docking a refurbished regasification unit would ensure that the supply and demand chains are adequately balanced.

Since the refurbished Floating Storage Regasification Unit (FSRU) would also be able to provide storing feasibilities of LNG, constant transference of the LNG cargo from LNG vessels would ensure that there is no storage depletion whatsoever.

Generally, such kinds of Floating Storage Regasification Unit or FSRUs ae found near the harbour to prevent time-consumption. But while utilising a refurbished gas carrier as a Floating Storage Regasification Unit, care needs to be taken to suitably positioning these refurbished vessels to prevent any emergency arising near a particular port or harbour.

Advantages of hoses over arms:

Advantages of arms over hoses:

The other method to heat the LNG from its cryogenic state is closed loop system in which freshwater/glycol mixture is circulated, which is pre-heated by steam from the ship’s boilers.

One more option is to use an intermediate fluid vaporisation process (IFV) in two stages. The first stage uses propane vapour to condense the LNG, and in the second, it is cooled down using a heating medium (e.g. seawater). It can be a mix of open and closed loop system.

The most significant advantages of IFV are

Gas Export Arms or Hoses: In most of the inshore FSRUs, the gas is exported via a high-pressure gas export arm. Instead of an arm, they can also be provided with hoses for this job.

The offshore industry has seen rapid growth in FSRUs in recent times, and it is mainly due to the advantages of cost saving and financial flexibility it provides to the owner in addition to the relocation option which is absent in land-based units. The FSRUs provides an excellent opportunity to expand the already growing LNG market internationally.

Also Read 10 Best Ship Movies Like Titanic you must See